The Curse of Intelligence

All throughout history, there are countless stories of smart, intelligent people living a painful life. Stories of them battling their own minds, leading a life of suffering, finding little joy but nothing that ever sustains. Not because the joy isn't sufficient, but more because their minds are wired to create endless suffering naturally - sometimes as a product of questioning and understanding nature, juxtaposed against being a conscious entity with the illusion of "self." and other times simply because mental illnesses and intelligence seem to often correlate strongly. Such is the tragedy of life.

Vincent Van Gogh is one of the favorite subjects on this topic. The genius, with such great artistic talent, creative mind, suffering throughout his life, fighting through the demons who imprisoned and tortured his own self within the confines of his own mind. He could never cherish the appreciation of his work by the masses. 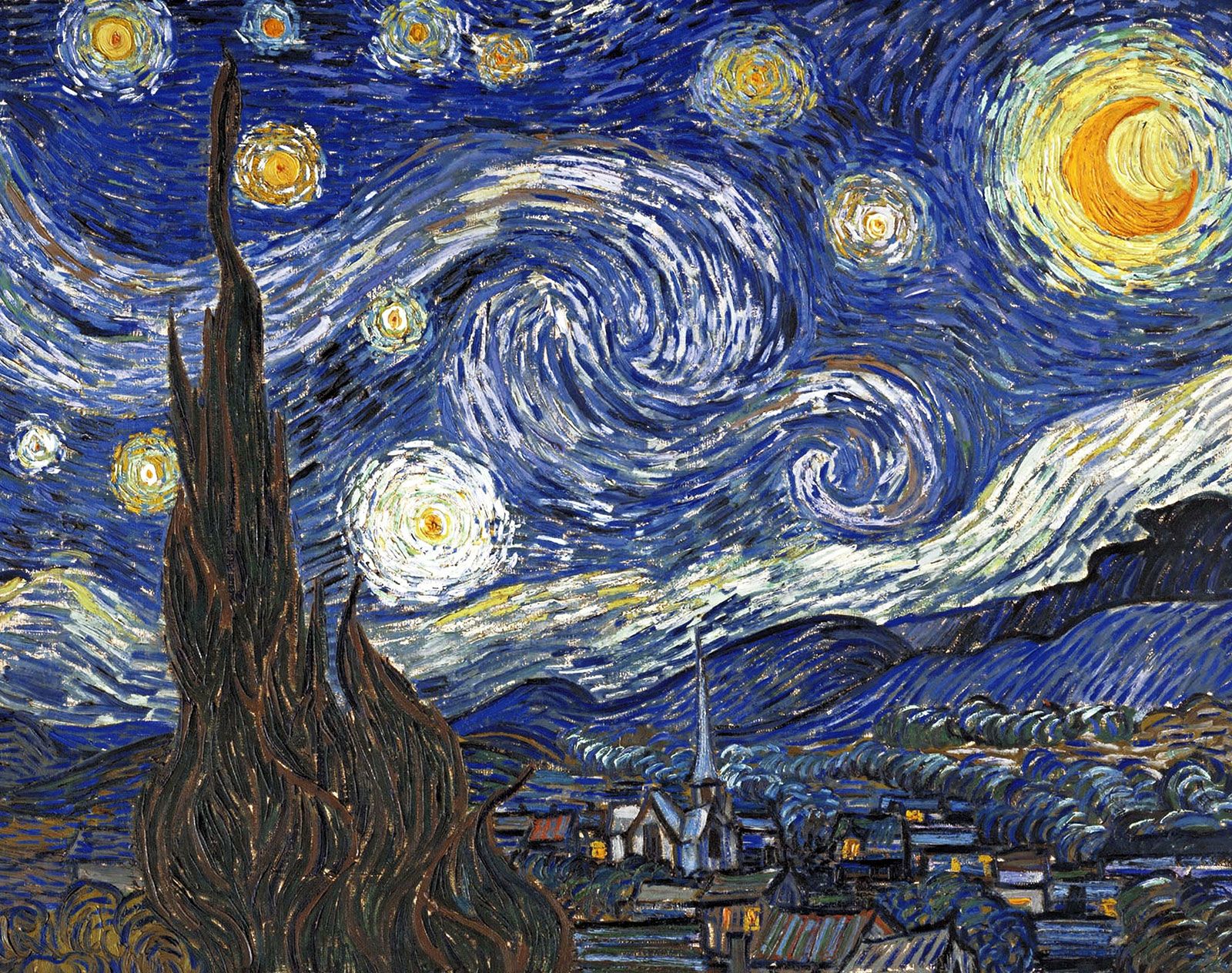 But this post is not just about the emotional suffering cursed onto people with higher intellectual facilities available to them. The other aspect of this post is about the limits of the intelligent mind. Having a brain capable of complex computation, that can execute multi-step logic, jump through conclusions, and discover critical information faster than others, recognize patterns in the mundane mess - knowing that you have such great potential to do something of true significance in your life, and yet not being able to ever realize this potential, is a curse of the intelligent mind as well. It's another great tragedy of life.

To do something of substance, you need an idea. And ideas are more often than not products of creative thinking, only sometimes the result of extremely complex logical thinking. And creative thinking doesn't come easily to a lot of intelligent people, it's a separate form of intelligence on it's own.

There were many people who studied and worked on the mathematics and computer science application of cryptography, and some of them also took interest in the financial world, it's flaws, and the financial collapse of 2008, but only very few (cypherpunks) had the creative vision of building a decentralized financial system, and only one was able to achieve it successfully - Satoshi Nakamoto.

Suppose you have the logical and the creative intelligence down, is that all you need? Apparently not so. There are countless examples of smart people, working on creative ideas, but being ahead of their time or not receiving the support they needed, and losing out. Luck seems to be a factor at play above everything else. Just pure happenstance. Circumstances. Patterns emerging out of chaos. Many would agree that Tesla failed as a businessman, he couldn't create for himself and the world what he wanted to create, but he still managed to have some impact, and his name is still known.

There are also many examples of clearly intelligent people, going down paths that make you feel shame and confusion. Holding and expressing beliefs that shock you, as you would expect better from someone of their intellect. There are individual examples, and collective examples on this. Examples of grandiose delusions, anti-social behavior, psychosis, Borderline-Personality Disorder and mass hysteria. There are entertaining but controversial (political) examples, and then there is the example continuing from the invention of Bitcoin.

Web3 has a lot of smart people working on it today. Why? Why are so many smart people driven to work on something that even today has mostly failed to prove it's utility to the world, outside of replicating the same old financial systems, making the same old mistakes, giving rise to the same old corruption and fraud. The same old story of good intentions that came out from the necessary need to solve a real problem, only to fall apart and evolve into the evil they were trying to protect themselves from, the vulture that ravages their life.

With the downfall of FTX this week, you gotta ask, why are all the smart people working so hard on this new world of imaginary digital tokens, and not on something with more urgent immediate real utility to the world? They do it because, all the major innovations that could have been done, have been done already in the past century. And the problems, the really big problems, that we as humanity face today, are too complex, too hard, to solve. They require addressing the problem from expertise in multiple domains, they require entrepreneurship a lot more than just engineering, they require continuous long term deep effort.

The intelligent mind feels cornered. They know they have the potential to do more, a lot more, but they can't find anything in the world to apply themselves to practically, to directly influence objective improvement of our world, while also being able to reward themselves. They believe that they should be successful, professionally and financially, they see people who are not as smart as them achieving success they never have.

A smart enough person can win even when everyone's losing. They can observe, breakdown the mass hysteria logically, and concoct a brilliant strategy to amass wealth and exit the chaos just at the right time and right way. That is how Mark Cuban become a billionaire from the dotcom bubble, and Michael Burry profited from the Global Financial Crisis of 2008.

The smart people of today, in the age of crypto, are trying to apply their minds to earn their share of reward, take advantage of the mass hysteria, often even contribute in flaming it, helping grow the bubble, just so they can time it well enough to pull out as much as they can for themselves.

This might happen in the form of actuallying buying crypto curriencies, and holding/trading them to make some quick money. But that's a game for the imposter geniuses. 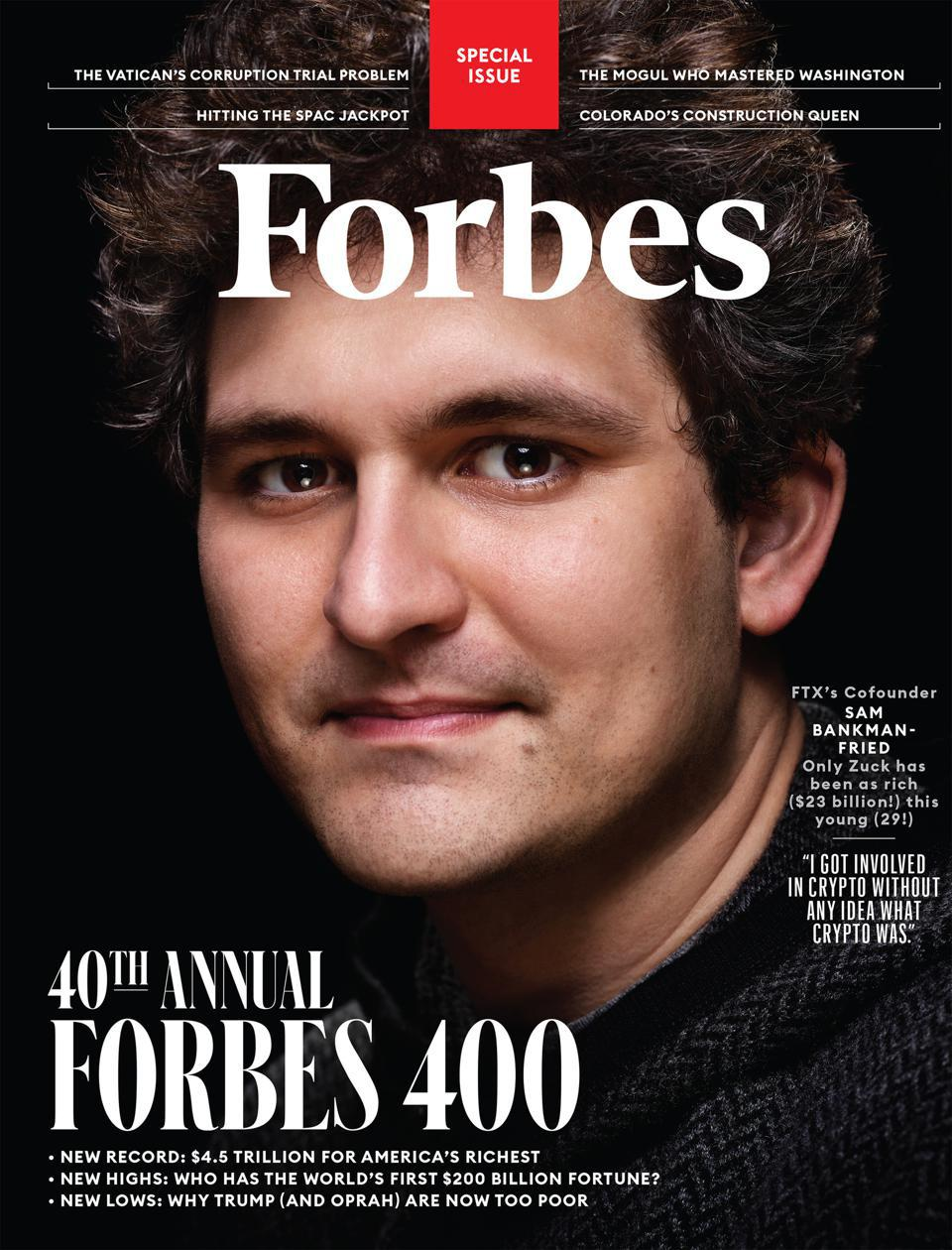 The real crooks with brains are building DeFi companies, blending and vomiting all the buzzwords that can attract the attention of greedy people, launching their own ICOs, their own series of NFT artworks (that you buy not because of the subjective value of the art or artist, but because it's an NFT) and are raising VC funds, round after round, with millions and billions of dollars in valuation.

Sometimes, even they end up beliving they are the "good guys", they fall victims to their own hubris. Until reality finally catches up with them. They are cursed by their intelligence, to form a dangerous bias favoring their own mind.

They believe, and by extension sycophants around them believe, that they are so extraordinarily smart that they could simply not go wrong. That every thought they have is bullet-proof. That they have socratic questioning so deeply wired into their brains that every decision they make must be the most optimal, most objective logical output of the puzzle in their life. But alas, cognitive bias doesn't spare anyone.

Critical thinking is the antithesis of evolutionary biology. Civilization, in it’s most ideal sense, is humanity waging a war against the nature our own minds. Our economic system is brilliant, but for it to function without error requires people to operate as machines without emotions, without greed or bias. And the “intelligent” - the closest we get to being a machine, are no rescue either. They have their own curse to deal with. A curse that consumes them.

I would in fact argue that intelligence can be one of the root causes of unhappiness of the self, which is fascinating because, intelligence is what drives our species forward. Intelligence is what triggers breakthroughs in our understanding of reality, scientific and technological advancement. Our lives have become easier, more comfortable, more optimized for our minds, now better than ever before. And yet, our personal suffering has no escape, instead it only seems to be accelerating. The ignorant fool lives a blessed life.

So how do you truly escape from this matrix? Amphetamines and psychedelics? Netflix and sex? Work and wealth? Friends and barbeque? Animals and plants? There are a lot of options available today in our life, to distract our minds, to subdue the pain and suffering, to induce artificial joy. Even if the joy is real in nature, our minds seem to drive us away from it. The intelligent mind especially. We intellectualize our problems, rather than allow ourselves to feel the emotions. 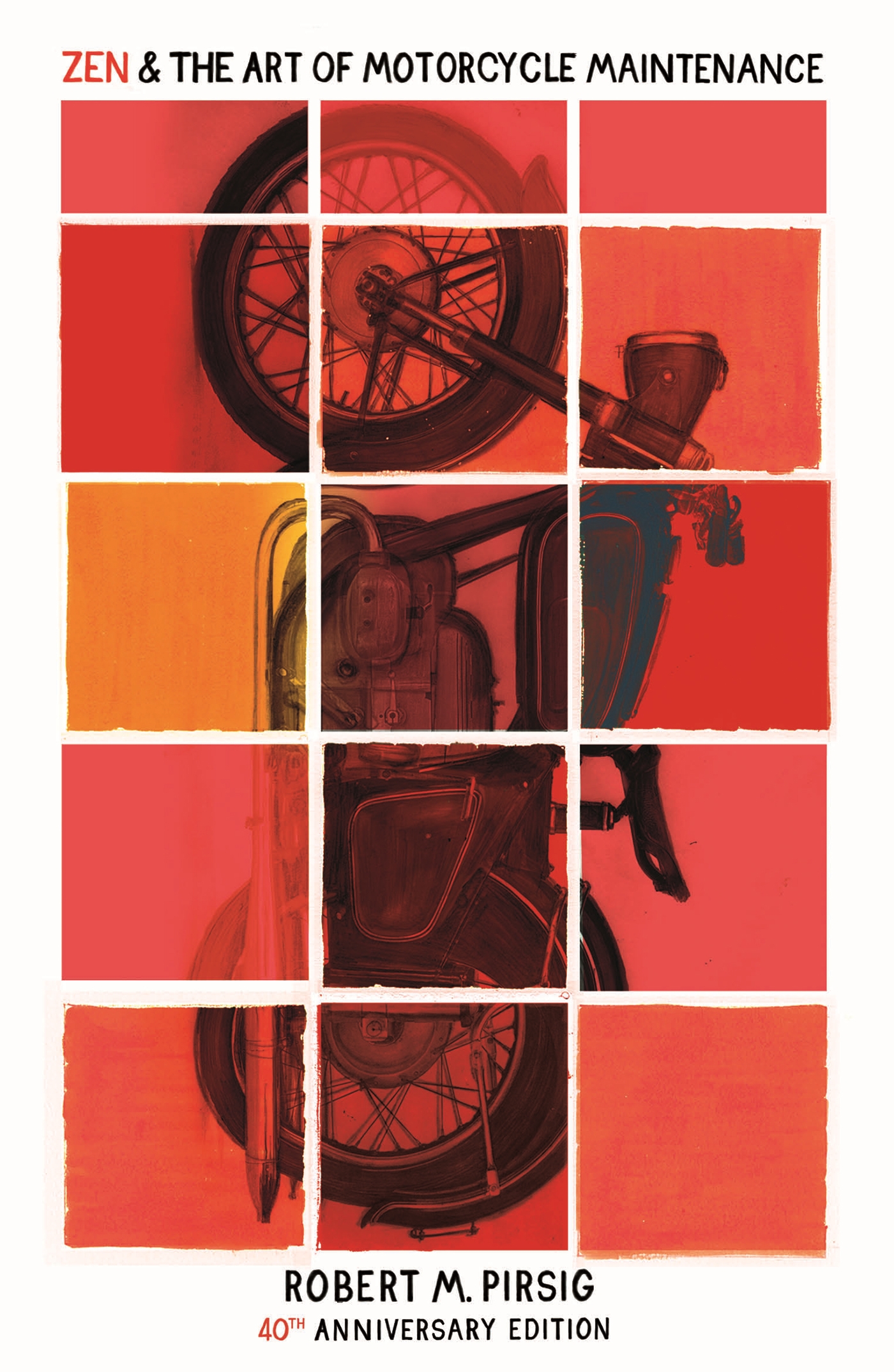 Recently I have been reading more of Buddhist teachings, and also picked up the book Zen And The Art of Motorcycle Maintenance. I am finding the wisdom in these teachings quiet useful. It’s simple, yet brilliant. And it overlaps with my own discoveries. To escape the matrix, you have to be in the present, present in the now, now in the present. You have to start ignoring the ghosts of your intellectual mind, and focus on what is real.

Take a moment to realize, where do you exist right now? And what are you attending to? If you investigate it with clarity, you will discover that your “you” sits between your ears, behind your eyes, and is occupied with the high intense activity within your brain. It’s thoroughly engaged with it. It’s consumed by it. The mental whirlpool of thoughts, emotions, has currently entirely enveloped your conscious being.

Take a moment and realize how much further ahead your “you” expands beyond your mind, all of your body, from the top of your head to the bottom of your feet, all of that is also “you”, but in a more physical sense. The whole body is your island, and you are caught up in this one single spot inside the cave where the bonfire has hypnotized you. Step out and explore this island, pay attention to it, and you will realize that most of your self-inflicted intellectual suffering just fades away. It’s addictive to actively use our minds, to think, but to think is also often the secret villain behind all of our suffering.

Blissful experience is usually just one mental pause away. That is the antidote to the curse of intelligence, as far as I can tell.